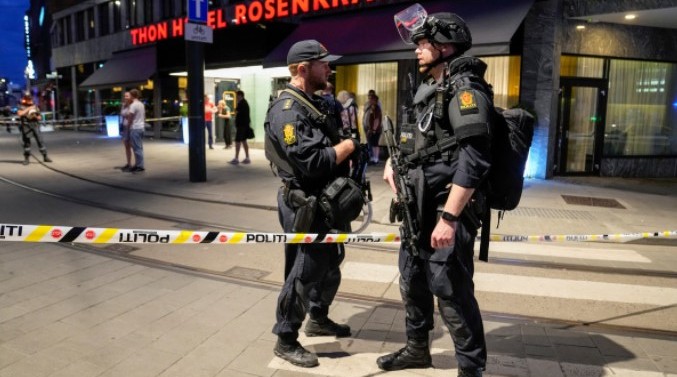 COPENHAGEN — Two people are confirmed dead and 21 others wounded after a series of shootings rocked Oslo early Saturday morning, according to reports reaching here from the Norwegian capital.

Norwegian police confirmed that a 42-year-old man was arrested for the shootings at 1:19 am local time (2319 GMT Friday) and that the incident is being investigated as a terror attack based on the assumption of a lone gunman, according to state broadcaster NRK.

The suspect is known by both the police and Norwegian Secret Police (PST).

“We now contribute all relevant information we have to the Oslo police, and work to clarify whether more acts of violence may have been planned. So far, we have no indications of that,” the PST tweeted.

Beginning at around 1:15 am local time (2315 GMT Friday), the perpetrator arrived at the London Pub, a nightclub with a large gay clientele, outside which he removed a firearm from a bag and started firing, NRK quoted an anonymous eyewitness as saying.

As people fled in panic, the shooter continued the carnage at a small street kitchen, and outside a nearby jazz club.

All three crime scenes were in close proximity to one another and located in central Oslo.

The attack comes hours before a planned Pride parade in the Norwegian capital on Saturday.

“The shooting outside the London Pub in Oslo last night was a cruel and deeply shocking attack on innocent people. My thoughts go to the victims and their relatives,” NRK quoted Norwegian Prime Minister Jonas Gahr Store as saying.