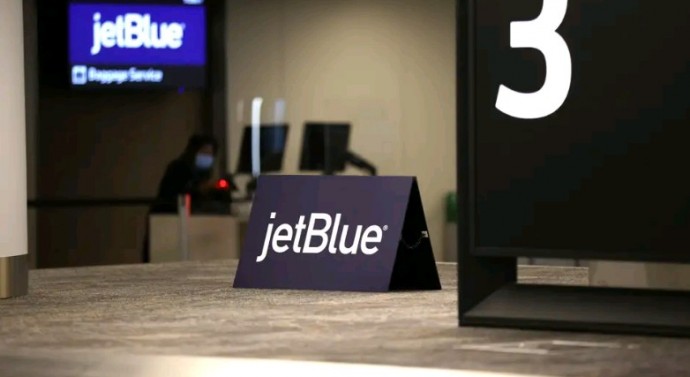 The trend of disorderly and even occasionally violent passengers on flights this summer has been exacerbated in a big way by a recent JetBlue flight that allegedly saw a passenger choke a flight attendant with his necktie, attempt to break into the cockpit, and beg to be shot.

Flight 261 from Boston to San Juan, Puerto Rico was about an hour away from landing when this incident occurred, CBS Boston reports. Unlike in many other cases of dangerous passenger behavior we’ve seen in the recent past, there does not appear to be any video of the event circulating social media, so we are relying on reports from passengers and investigators.

Here’s a little more from the report:

Investigators say Khalil El Dahr tried to make a cell phone call. When the call did not go through, he became agitated. He eventually rushed towards the cockpit yelling that he wanted to be shot in Spanish.

Just as that happened, a flight crew officer opened the cockpit door. El Dahr then allegedly choked a flight attendant with his own tie and attempted to enter the cockpit.

Related Stories
The New Air Force One May Not Be Ugly: Report
This Day In History: Mid-Air Jet Collision Kills 153 People
No Car Mod Will Ever Be As Good As This
Further, Business Insider adds that El Dahr kicked the crew member in the chest while he tightened the necktie, as reported in the FBI affidavit.

El Dahr was arrested in San Juan after the flight landed. CBS Boston reported that he had been restrained by “six or seven crew members” who used a variety of neck ties, flex cuffs, and four seat belt extensions to keep El Dahr in his seat. El Dahr is facing at least one federal charge of interference with flight crew members.

Sign Me Up
By subscribing you agree to our Terms of Use and Privacy Policy.
This behavior is horrifying in and of itself, but it’s further been wearing on flight attendants who have been dealing with easily cancelled flight paths and countless unruly passengers that have grown progressively more violent.