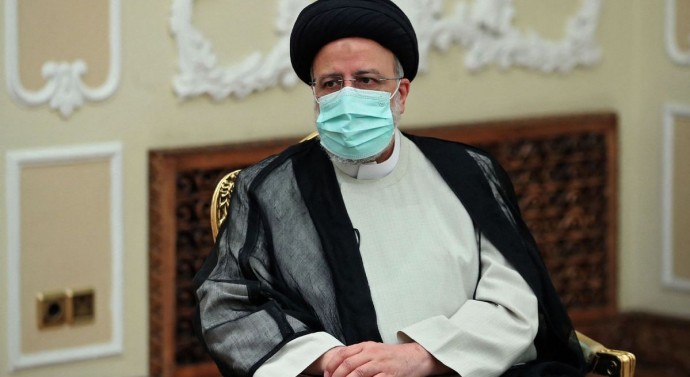 A light was shone on Iran’s domestic and international agendas as the country’s new president took the oath of office before lawmakers last week. Much attention is being given to how these agendas under Ebrahim Raisi may influence negotiations on a nuclear deal between Iran and leading powers.

In a ceremony broadcast on state TV on Thursday, Raisi vowed to protect Iran’s borders and its political, economic and cultural independence.

Raisi, elected as president on June 18 and viewed as a hard-liner, replaced his moderate predecessor Hassan Rouhani, whose landmark achievement was the 2015 nuclear agreement that Iran struck with six major powers. Raisi was endorsed by Supreme Leader Ayatollah Ali Khamenei on Tuesday.

In his inauguration speech, the president said the new administration would seek to have oppressive sanctions imposed by the United States lifted, but would “not tie the nation’s standard of living to the will of foreigners”.

The US’ unilateral sanctions and the direction of the Iran nuclear agreement have become the biggest challenges for the Raisi administration, and such issues will run through the country’s internal and external affairs.

Raisi, Niu said, represents a reconciliation of the long-term conservative and moderate views within Iran, as he also “maintains a good relationship” with Iran’s Shia community represented by the supreme leader. These ties would contribute to political developments under his administration, Niu said.

“With the support of the supreme leader, Raisi will speed up the pace of improving relations with the US,” Niu said, adding that the key to the relationship lies in finding an acceptable compromise for both sides during the nuclear talks.

Iran and Britain, China, France, Germany, Russia and the US have been holding talks in Vienna since April in an effort to revive the nuclear pact.

Iranian and Western officials have said significant gaps remain. A sixth round of indirect talks between Teheran and Washington in the Austrian capital adjourned on June 20, and the parties have yet to announce when they will resume.

Niu said Raisi’s rise to the presidency will have a positive impact on the negotiations, and both Iran and the US still have demands for reaching an Iran nuclear agreement, “although there still exist some challenges”.

“The Raisi government has just come to power. He needs to show a relatively tough stance and will not easily compromise during the Vienna negotiations,” he said.

The new president also promised to improve Iran’s economic conditions, which have been seriously affected by the US sanctions and the COVID-19 pandemic.

“If the US does not lift the sanctions it will be difficult for the Raisi government to reach a nuclear agreement with the country,” Niu said. “For Iran, lifting the sanctions and developing the economy smoothly on this basis are extremely important.”

The US is thought to be looking for an opportunity to break the deadlock after the change in administration that brought Joe Biden to the White House as president in January.

Biden has said he favors the US’ return to the nuclear deal. Raisi has also indicated that extensive interactions with neighboring countries are among his administration’s main foreign policy principles.

China had extended congratulations to Raisi on his inauguration, and hoped the two countries can “elevate bilateral relations to a new level”, Foreign Ministry spokeswoman Hua Chunying said on Friday.

“We believe that under the leadership of President Ebrahim Raisi, Iran will achieve greater progress in national and socioeconomic development,” she said.

China stands ready to work with Iran to take the opportunity of the 50th anniversary of the establishment of diplomatic ties to further improve relations, Hua said.

Xinhua contributed to this story.