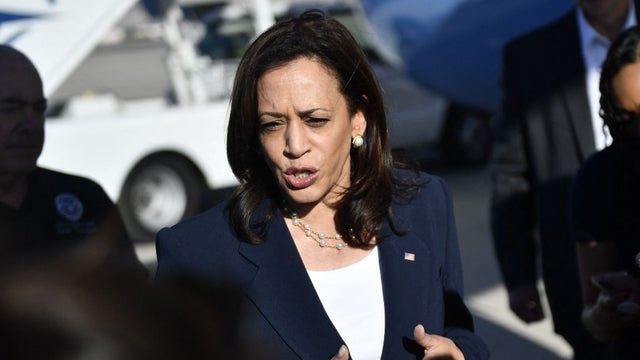 Harris held a meeting last week with the state lawmakers, who traveled to Washington, D.C., to stymie Texas Republicans’ elections reform bill. Five of the Democrats have tested positive so far, including state Rep. Trey Martinez Fischer, who confirmed that he had tested positive despite being fully vaccinated.

Psaki was asked whether there was concern about Harris spending time around President Biden, who is also vaccinated but is in a high-risk group due to his age.

“I would say the — I think the vice president’s office put out that she was tested and that she did — there was no detection of COVID-19. They also put out some specific details about their proximity to the individuals who tested positive as well,” she said. “We take these precautions incredibly seriously and abide by the health — the guidance of our health and medical experts.”

When pressed on whether the White House would have liked the visiting lawmakers to be more careful, Psaki said, “I don’t think I’m going to be in a position here to assess what safety precautions they may or may not have taken. Obviously, these individuals were out there trying to elevate the issue of an individual’s right to vote. We — we, of course, hope everybody abides by public health guidelines. That’s what we certainly recommend.”

Senior Harris adviser and spokeswoman Symone Sanders said on Sunday that the vice president was not in close contact with the state lawmakers and as such would not be quarantining herself.

“Earlier today, it was brought to our attention that two of the members at that meeting tested positive for COVID-19,” Sanders said in a statement. “Based on the timeline of these positive tests, it was determined the Vice President and her staff present at the meeting were not at risk of exposure because they were not in close contact with those who tested positive and therefore do not need to be tested or quarantined.”