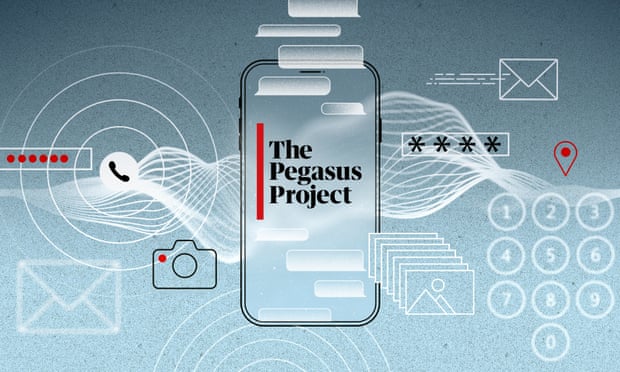 A Guardian investigation shows activists and many others around the globe ended up on governmental surveillance lists thanks to the dangerous software that threatens democracy. Plus: how laid-off workers in a Wisconsin factory refuse to accept their fate

Human rights lawyers, activists and dissidents across the globe were selected as possible candidates for invasive surveillance via their phones, leaked phone data suggests.

The Guardian’s Pegasus project reveals that their mobile phone numbers appeared in leaked records, indicating they were selected prior to possible surveillance targeting by governmental clients of the Israeli company NSO Group, which developed the Pegasus spyware.

NSO has repeatedly insisted that Pegasus is meant to be used only to spy on terrorists and serious criminals. The tool can extract messages, photos and emails, record calls and secretly activate microphones.

Loujain al-Hathloul, the most prominent women’s rights activist in Saudi Arabia, was one of those selected for possible targeting, just weeks before her 2018 abduction in the United Arab Emirates and forced return to Saudi Arabia, where she was imprisoned for three years and allegedly tortured. It is believed Hathloul was selected by the UAE, a known client of NSO and close ally of Saudi Arabia.
Check out this handy explainer about Pegasus, and what this spyware is capable of.
NSO has claimed it will cut off clients if they misuse Pegasus. In a response to the consortium, it denied the leaked records were evidence of targeting with Pegasus and said it “will continue to investigate all credible claims of misuse and take appropriate action based on the result of these investigations”.