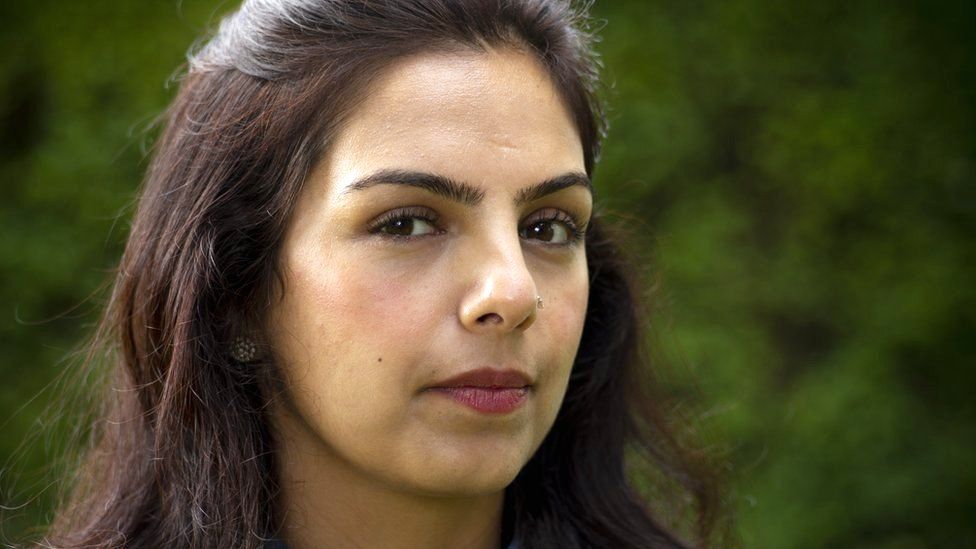 BBC journalist Ishleen Kaur was a passionate yoga teacher with Sivananda, one of the biggest yoga movements in the world, until a disturbing social media post led her to uncover multiple allegations of sexual abuse spanning decades, right up to the present day.

Since I discovered yoga in my mid-20s, it had become a huge part of my world. Like many devoted yogis, it was not just an exercise class for me, but a way of life. I didn’t just teach classes at my local Sivananda centre, I volunteered to cook and clean there too. Sivananda teachings influenced every aspect of my existence.

But then in December 2019, I received a notification on my phone. It was a post in my Sivananda Facebook group about the movement’s late revered founder, Swami Vishnudevananda.

A woman called Julie Salter had written that Vishnudevananda had sexually abused her for three years at the Sivananda headquarters in Canada.

She wrote that when she finally found the strength – decades later – to report this to the Sivananda management board, “the reactions ranged from silence, to the attempt to silence”.

I have now interviewed 14 women who allege abuse at the hands of senior Sivananda teachers, many of whom have not spoken about this to family and friends, let alone made it public. I have also spoken to a former staff member who says her concerns were not addressed by the Sivananda board.

My investigation has exposed claims of an abuse of power and influence within the organisation I once held so dear.

Short presentational grey line
I vividly remember my first day at the Sivananda ashram in Kerala, southern India, where I trained as a yoga teacher in 2014. On the wall was a magnificent photo of Swami Vishnudevananda, Sivananda’s late founder, and the man Julie would go on to expose.

His teachings were so powerful that many yogis renounced all worldly connections and dedicated their lives to the organisation.

I could understand why. I was going through a very challenging time and Sivananda gave me a new-found peace. The asanas – or postures – gave me physical strength; Sivananda’s principles of karma, positive thinking and meditation nourished my soul.

Ishleen on the stage at a Sivananda demonstration
IMAGE COPYRIGHTISHLEEN KAUR
image captionIshleen on the stage at a Sivananda demonstration
Two months after Julie Salter’s Facebook post, two Sivananda board members flew in from Europe to talk to the Putney staff. I hoped they would answer at least some of the many questions I had swirling around my head. But their response was vague, and they seemed defensive during the Q and A that followed.

I knew I would have to speak to Julie myself.

Originally from New Zealand, Julie was 20 and travelling in Israel when she first came across the teachings of Sivananda. She quickly became immersed in the life of the movement, and in 1978, moved to its headquarters in Canada.

Vishnudevananda was based there and Julie was asked to become his personal assistant, something she initially regarded as a privilege.

Julie Salter
IMAGE COPYRIGHTJULIE SALTER
But she says her schedule was brutal. She worked from 05:00 until almost midnight, seven days a week – all without pay. She says Swami Vishnudevananda became unpredictable, often shouting at her.

“So of course, my own boundaries were getting more and more weakened,” she tells me.

And then events took a darker turn.

One day when Julie was working in Vishnudevananda’s house, she found him lying down listening to devotional tapes. He asked her to lie down next to him. When Julie said she didn’t understand what he wanted, he told her: “Tantra yoga” – a yoga practice which has become associated with spiritual sex, but simply means working towards spiritual enlightenment through deep relaxation. Nevertheless, Julie says Vishnudevananda had only ever referenced it in theoretical terms, during a lecture.

“I said: ‘I don’t understand,’ and despite everything in my body and mind saying, ‘No’, I did lay down. And then there was the sexual contact. And then after that, I was downstairs again, working, and in total shame – and everything else – anguish, self blame, guilt.”

Julie says she was coerced into various sexual acts, including penetrative sex, for more than three years.