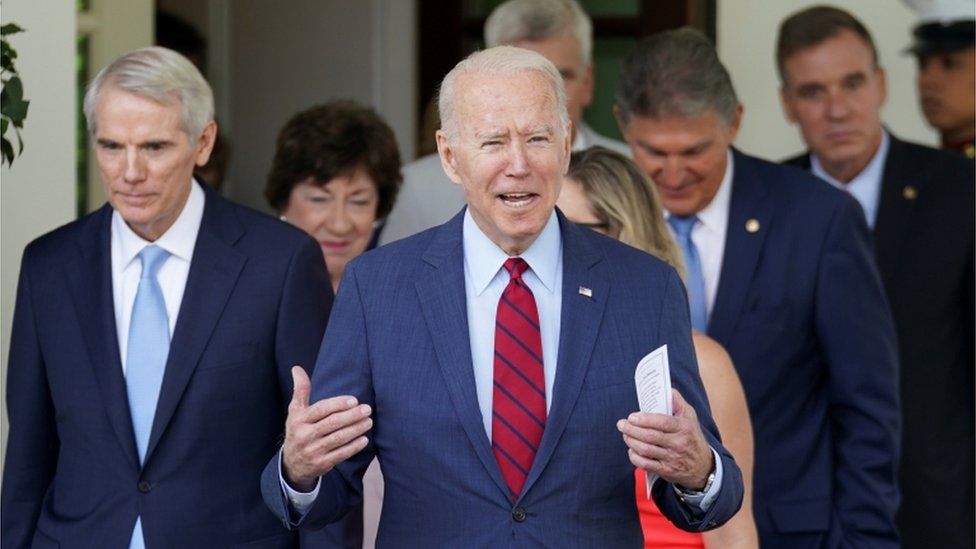 President Biden raised concerns about global warming during remarks on what could have potentially contributed to the Surfside Condo collapse near Miami last week.

The president said he doesn’t have any “firm proof” on what caused the collapse that left 18 dead and 145 still missing, but that there was all kinds of “rational speculation,” including “whether or not rising sea levels had impact.”

“They didn’t know exactly but they talked about sea levels rising, a combination of that and concern about incoming tropical storms.”

Biden said the victims’ loved ones are “going through hell” right now. “It’s hard enough to lose somebody but the hard part, the really hard part, is to just not know whether they’re surviving or not,” he added in a nod to the so many who are missing. He said the families were “very realistic” about the slimming chances of survival with each passing day.

“They had basic, heart-wrenching questions, ‘Will I be able to recover the body? How can I have closure without getting to bury them?” Biden said of the families he spoke with. He said speaking with the victims called to mind his own experience with personal tragedy, having lost his daughter and wife in a car crash and his son Beau to cancer.

Search and rescue efforts were paused in the middle of the night due to concerns about building stability after a large column hanging from a structure had shifted.

An engineering firm in 2018 had identified key structural deficiencies requiring major costly repairs in 2018, but a former municipal official assured the condo’s board members that the building was in “very good shape.”

Biden also thanked Gov. Ron DeSantis, Florida Republican Sens. Rick Scott and Marco Rubio and Rep. Debbie Wasserman-Schultz, as well as all first responders on the scene. There’s been “no disagreement, no bickering everybody’s on the same page. That’s what America is all about.” The president met with the GOP governor during his trip to Florida and other local officials.

He told Florida officials the federal government stood ready to assist however it was needed. “This is your show – we just want to make sure whatever you need,” he said.